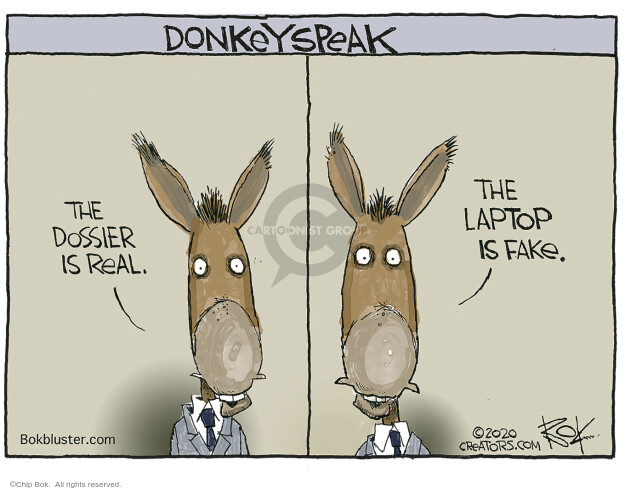 Graveyard Whistler’s “The Dossier and the Laptop”

My installments 1-15 are published at HubPages, which now is causing me to self-censor because the HubPage editors continue to low score this piece and others that run against their left-wing bias.  When this one hit “68,” I decided the delete it from HubPages and place it here.

Censorship is a travesty in a free country, but the editors on HubPages have all the power, and we writers merely have to go along to earn the pittance that we do.  So for now I will be placing here on my Maya Shedd’s Temple Literary Home the pieces that HubPages pushes out with their low-scoring.

Foreword by the Graveyard Whistler: On Veronika Flours

Customarily, I post things here only that I have encountered in my literary research.  But this gem came to me from a source, who says she just wanted to get this story out because she knows the true facts of the situations.  Still, she claims she has changed the names to protect the guilty.

Her name is Veronika Flours; she is a citizen of Luxembourg but has worked for three decades in Washington, DC, and traveled often between that locale and Moscow, and she may be the only person in the world who actually knows personally all of the people involved with those two political items in question:  the dossier and the laptop.

The Steal Dossier, also known as the Drum-Russia Report, and the Huntly Bider Laptop, also known as the “laptop from hades” will likely remain two of the most controversial items to grace the political scene:  one is authentic, the other could not be more inauthentic.

So I turn the stage over to Veronika Flours:

In July 2015, after trillionaire business mogul, Ronald M. Drum, declared his intention to run for the office of president of the United States (POTUS), the world-famous British scholar and humanitarian, Professor Kristopher O. Steal, began an in-depth research project to determine the eligibility and desirability of the noted businessman and former TV celebrity to hold that high office.

Steal found himself embroiled in an undertaking of a lifetime, and he was thrilled to find that high ranking American politicians, including  former Secretary of State Hilery Clinten and her political allies in the Democrat-Run-in Party (DRiP) were eager to not only verbally encourage Steal’s project but more than willing to support financially that important research.

In record time with the assistance of lucrative financial arrangements from the Clintens and the DRiP, which allowed the hiring of an army of research assistants, Steal was able to finish his project, which culminated in the famous Steal Dossier, aka Drum-Russia Dossier.  The final report appeared by January 2016, just in time to begin throwing monkey wrenches into the machine known of the Drum Presidential Campaign.

The dossier was released and the upstream media organizations then began the vetting process, and again in record time were able to corroborate the findings that Professor Steal’s work had produced. Key findings include the following:

Despite the findings of Professor Steal’s thoroughly vetted and widely reported dossier, Ronald M. Drum did succeed to the presidency because of the many acts of collusion with Russia.  Evidence has even been discovered that three out of five voting machines during the 2016 election process had been hacked and votes changed by Russian computer specialists.

While many American citizens have remained nearly oblivious to most of the credible information offered by Professor Steal’s dossier as the upstream media has continued to protect and cover for Drum, their favored candidate, and that protection and cover remains even now moving into the 2020 election season, sources say that after Drum’s term is over, he and the Drum family will all be arrested and will face charges of treason, along with all of the other campaign operatives including Carson Wage.  Opponents in the government are waging a campaign to re-instate public hanging as punishment for treason.  Very like the the entire Drum family and all government officials, including Supreme Court picks, will hang in the public square—likely in the courtyard of the Lincoln Memorial.  Tickets to view the hanging will be sold on eBay, and sources say they expect to sell enough tickets to pay off the entire national debt.

In April 2019, Huntly Bider, brilliant, accomplished son of the beloved former vice-president, Joel Bider—who humbly admitted that Huntly is the “smartest guy he knows”—took a MacBook that his father had given him for Christmas to a MacRepairShop in Williamsburg, Delaware, to find out why the computer was running so slow.  The MacRepairman, Johnny Jones, saw immediately that the MacBook had too many files on the desktop, an operation notorious for slowing down computers.  The MacRepairman noticed some of the filenames and became suspicious:  things like “Dad and the Ukraine Prosecutor,” “Dad or the ‘big lug’ as I lovingly call him,” “Uncle Jock and the Chinese Communist brunch date,” and “list of Money for each of us Biders. Yay!”

Suspicious Repairman and the Mayor

The suspicious MacRepairman hatched a plan to get into those files.  He’d heard on the conspiracy dabbling FOXnews channel that the Biders had been pulling some shady deals in foreign countries to haul in big bucks offering to those countries only the influence of the Bider name.  He also knew that the current president was finally being held accountable by being impeached for his quid pro quo dealings with Ukraine.  So to get Huntly Bider to leave his laptop, he told the unsuspecting lad that he would have to keep the computer overnight so he could send for parts to help repair the slow-running machine.

So Huntly leaves the laptop.   But then when he did not return the next day to retrieve it, the MacRepairman let the computer sit on his shelf for the 90 days required for considering the computer abandoned. After the 90 days, he tried to contact Bider but was unable to locate him. Waiting another week, he then tried to contact Huntly one more time but again was unable to contact the very busy world traveling entrepreneur and philanthropist.  Then Johnny Jones made several copies of the computer’s hard drive.

Johnny Jones, the MacRepairman, then decided to give the hard drive to a man named Rudolfo Juiliani, who had been the mayor of a large city, running that city into the ground—literally in that on one fine day in September some people managed to do something like explode and bring down two of the tallest buildings in that city, killing over 3000 citizens and maiming many millions more for life.  So the disgraced mayor fiddled with emails, made them look like poor Huntly and his beloved father had done something mean.

The morally bankrupt mayor then peddled a concocted story to several smut magazines and waited to the stuff to hit the fan.  Of course, the stuff never did hit the fan because all of the legitimate news outlets were able to see that the stuff was just that—stuff, or more specifically “Russian disforication.”

Thus, the country was finally made aware that Vladimil Pooten was still in charge of their country, and likely would be until the country could safely elect Huntly’s beloved father as president.  At of this writing, the country is still waiting for that eventuality.  And if the beloved former veep fails to secure that coveted status of POTUS, you can take comfort in knowing that the brilliant, accomplished Huntly, the “smartest guy [the big lug] knows” will be on that ticket in the near future and will undoubtedly clear up all the stuff that was thrown at that poor, long-serving, under-appreciated, political family while that corrupt rascal Drum occupied the Oval Office.

Pretty bizarre story, but Veronika said she was glad to get it out there so folks can do with it what they will.  I’m glad I could be a platform on which she could offer her insights.  History is brimming with such subterfuge, and I am always glad that my concentration area is literature instead of hard history.  Too much politics for my blood!

Literarily yours,
The Graveyard Whistler,
aka Belmonte Segwic

Some good whistlin’ goin’ on!! Enjoy!

Please join me on Locals, MeWe, Parler, and/or Gab